Sheila’s writing credits include: Anguis (Edinburgh Fringe). Theatre includes: Othello, Shakespeare’s Globe, Girl from the North Country, Old Vic and Noel Coward Theatres, for which she won: the Best Supporting Actress in a Musical award at the 2018 Oliviers, The Critics’ Circle Award for Most Promising Newcomer and the Clarence Derwent Award. For this production she was also nominated for the Emerging Talent Category at the 2017 Evening Standard Awards, and for Best Supporting Actress in a Play at the 2018 What’s On Stage Awards. In June 2019 Sheila was named an MBE for her services to drama. Other credits include: Babette’s Feast, Coronet Printroom, Les Blancs, National Theatre, Julius Caesar, The Tempest and Henry IV as part of the Donmar Theatre’s Shakespeare Trilogy. The Tempest also transferred to St Anne’s Warehouse in New York. The Interrogation of Sandra Bland, Bush Theatre, Volpone, Love’s Sacrifice and The Jew Of Malta, Royal Shakespeare Company, Hopelessly Devoted, Paines Plough, Rachel and Time is Love , both at the Finborough Theatre, Klook’s Last Stand, Park Theatre. TV includes Underground Railroad (Amazon), The Irregulars (Netflix), The Pale Horse (BBC and Amazon), Harlots (Hulu) Bounty Hunters (Sky) The Feed (Amazon). Film includes Bruised (Halle Berry), Sulphur and White (Julian Jarrold) Twelfth Night (Adam Smethurst) The Show (Mitch Jenkins). Radio includes The Anansi Boys (BBC Radio 4). 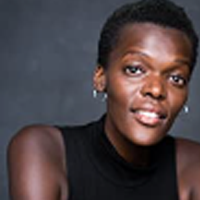