Rose Cartwright is a screenwriter and author.

Rose wrote a memoir, Pure, which was adapted into a Channel 4 drama series in 2019. In January 2021 she joined the writers’ room on Netflix’s new sci-fi series from Game of Thrones creators David Benioff and DB Weiss.

In 2020 Rose was awarded the HETV Levy Writer’s Bursary by Dancing Ledge and Screen Skills, and was mentored by Amanda Coe, and developed her script EXILE as part of this scheme. EXILE is currently in development. In 2019, Rose was announced as part of Brit List for her sci-fi thriller SUPERCUT, and her domestic dark comedy BAB is currently in development with Westroad Pictures.Other credits include a recent project for Wolf Alice, and past projects include work with FKA Twigs, the re-launch of Channel 4’s Random Acts; writing the world’s first OCD chatbot; and developing This Girl Can – Phenomenal Women.

Rose is a cofounder of mental health non-profit Made Of Millions, and has contributed features and opinion to publications like the Guardian, The Face and Vice.

For all queries and media requests please contact Fern at fern@theartistspartnership.co.uk. 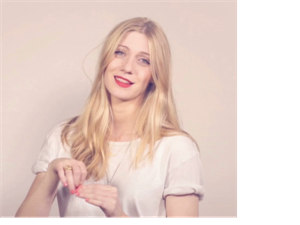