Its no surprise that Maya Jama has been named one of Vogue’s most influential girls of 2018. After landing her first big TV job as MTV base show ‘The Wrap Up’ host in August 2014, aged just 20 she then went on to host MTV essentials & MTV News. Since then Maya has moved over to 4Music to fine tune her Live TV Skills & host popular shows such as ‘ShoutOuts’ & ‘Trending Live’ on a weekly basis. After a brief stint on the breakfast show on RinseFM, Maya became the Drive Time Host, where she does a variety of entertaining interviews with the likes of Alesha Dixon, Craig David, Geko, KRUPT FM & many more. Maya hosted ‘The Football Virgin’ for Copa90’s where she travelled around Brazil presenting ‘Maya’s World Cup cities’ with Hyundai for the channel ahead of the competition. She later returned to Brazil during the World Cup to host a second series ‘World Cup Taxi’ also with Hyundai and Copa90. Maya has been a MTV and Channel 4 presenter among other networks. She formerly co-presented Trending Live! on 4Music from 2015 until 2017 and also co-presented Cannonball on ITV that same year. Maya now presents a BBC Radio 1 show on Fridays and Saturdays 10am – 1pm and co-presented the MTV show True Love or True Lies with Danny Dyer. In 2018 Maya also presented The Circle on Channel 4 with Alice Levine. She went on to co-present Stand Up To Cancer with long standers Alan Carr and Adam Hills in 2018. In 2017, Maya became the youngest ever person to host the MOBO Awards, which she did with fellow presenter Marvin Humes. She has also worked closely with the BRITS, hosting their 2017 Pre Brits Party, and hosting a live Facebook stream from the Red Carpet too. 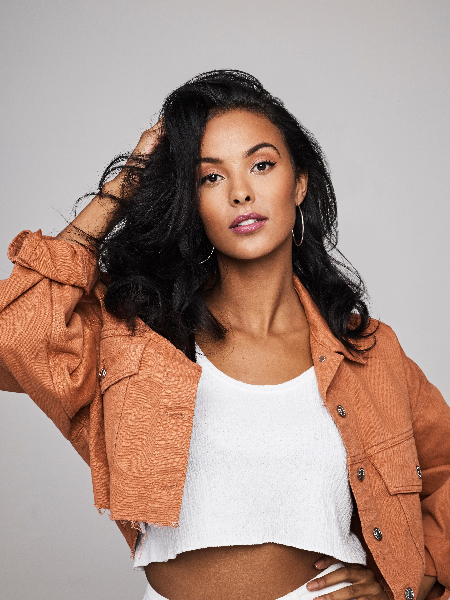