Kurt Kansley and Oliver Lidert have worked extensively in the theatrical industry onstage as performers and behind the scenes in production, writing, composing, direction and musical direction.

Kansley & Lidert’s production credits include; CONFESSIONS with an original book, music and lyrics (workshop performance at The Other Palace in London’s West End 2018), HAS#ED OUT a song cycle featuring original music, lyrics and prose (performed at the Victorian College of the Arts in Melbourne Australia 2019), HOME GROWN – A Kansley & Lidert Songbook Series (featuring performances from leading Australian musical theatre stars and the Tony Award winning Paulo Szot, a concert, written, arranged, directed and produced showcasing Kansley & Lidert’s musicals at Chapel Off Chapel theatre in Melbourne, Australia 2018), Kansley & Lidert’s song ‘More Than Words on a Page’ was selected for the MMD and 10to4 productions new musical RANDOM ACTS OF KINDNESS that will premier in the UK in 2021, THE SONGS I’LL NEVER SING (starring Rachel John, written, arranged, produced and directed for the St. James Theatre 2015), Threepenny Opera (directed and produced for WAC at CityLit Theatre 2017), Kansley & Lidert have also written music and arrangements for theatreMAD events that include A West End Christmas, West End Eurovision and West End Bares this includes their song ‘Is That Ok (..this Christmas)’ that was recorded by Cedric Neal and sold on music streaming services with all the proceeds going to TheatreMAD. Their original musical FABLE has been shortlisted for the 2021 Stiles & Drewe mentorship prize.

Oliver Lidert was born in Bucks County Pennsylvania the son of Jamaican and Polish Jewish immigrants. Oliver has a BFA in Musical theatre from the University of the Arts in Philadelphia and MA in Musical Theatre from the Royal Central School of Speech and Drama in London. He later returned to the Royal Central School of Speech and Drama as part of their PhD program with his research focused on poetic structure, aesthetic theory, and ethnomusicology. (His PhD is currently on hold).
As a performer Oliver has appeared numerous US and West End productions including: Original cast of The Prince Of Egypt, original cast of Beautiful: The Carol King Musical, original cast of Aladdin, original cast of The Book Of Mormon, original cast of NERDS: A Computer Software Satire, Dear Evan Hansen, Porgy & Bess at Regents Park, the regional premier of Caroline or Change, The Lion King and many more. As a producer Oliver has worked on numerous productions such as Maury Yeston’s December Songs (West End Premiere), My Story In You – The Music Of Oliver Payne, Villain De Blancs in association with Theatre MAD Trust, The Music Of Joey Contreras and others. He has been a tutor and guest lecturer RCSSD, Urdang, UARTS, WAC ARTS and others.

Kansley & Lidert musicals in various stages of pre-production include: CONFESSIONS, HAS#ED OUT, AUTUMN RHYTHM and FABLE.

TESTIMONIALS
“How wonderful to have discovered the Kansley & Lidert song book titled CONFESSIONS. It was most obvious from the moment the music began that the listener would instantly be transported to a world of female truth! An empowering musical experience!” (Aria Award Winner, Tina Arena)

“They (Kurt & Oliver) are both very talented performers so when they decided to collaborate together as writers, I was excited to see the results. I was not disappointed. Their ideas are interesting individual and innovative. Always well crafted, their work represents who they are and the community in which they live and work. It has been a pleasure seeing them progress from strength to strength.” (Musical Director, Composer and Conductor – Worldwide Musical Supervisor for Disney’s The Lion King, Clement Ishmael)

Kansley & Lidert are a force & I am blessed to know them both personally & professionally. Words can not express the joy, happiness & inspiration I felt when I first discovered their work. As a child that grew up in the arts, I finally saw myself reflected by two talented men of colour creating exceptional compositions in the world of musical theatre. If you aren’t familiar with them, you need to be. (Former member of the three time Grammy Award winning group the Sounds Of Blackness, Aaron Casserly Stewart)

“I am very honoured to sing your song” (Tony Winner, Paulo Szot)

“The wonderful surprise in Kansley & Lidert is that for all the nuance and heart in their work – and perhaps because of it – their songs feel both familiar and eminently hummable.” (Michael Falzon)

“Breaking the mould! It’s clear they have a desire to write musicals that better represent the diversity in our communities.” (Theatrepeople.com, Allison Hilbig)

“The music of Kansley & Lidert brings a refreshing sound that takes you on a journey. Like a beautiful artwork it has detail and layers that your ears, hearts and minds want to keep revisiting.” (Alinta Chidzy) 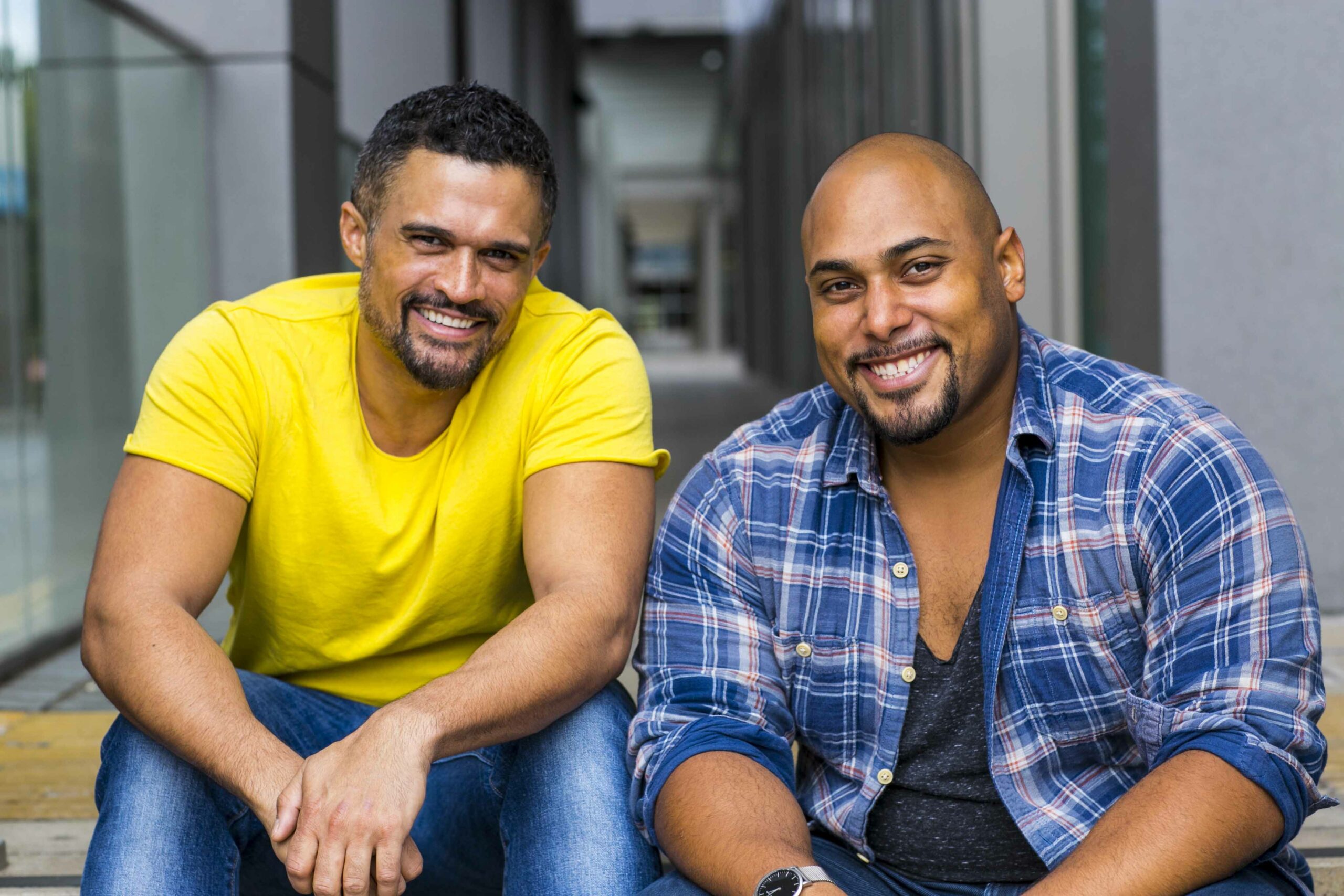