With his ability to switch easily between RP, Northern and American, James has a fantastically versatile voice that’s so easy to listen to – great for all kinds of voice work. 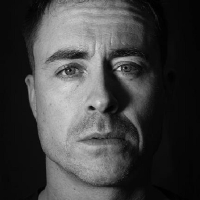