EMBETH DAVIDTZ originally caught the attention of the world for her genuine and confident portrayal as the Jewish maid who survives both the abuse and attraction of Ralph Fiennes’ sadistic commander ‘Goeth’ in Steven Spielberg’s SCHINDLER’S LIST. She recently appeared in the film PARANOIA as ‘Dr. Judith Bolton’ opposite Harrison Ford, Gary Oldman, Liam Hemsworth and Amber Heard. Embeth also recently reprised her role as the mother to Andrew Garfield’s character ‘Peter Parker’ in Marc Webb’s THE AMAZING ADVENTURES OF SPIDER-MAN II, the follow-up to the hit blockbuster, and appeared as ‘Annika Blomkvist’ in David Fincher’s adaptation of GIRL WITH THE DRAGON TATTOO opposite Daniel Craig. Her television credits include ‘Rebecca Pryce’, wife of actor Jared Harris, on MAD MEN, and as ‘Amy’ in IN TREATMENT, opposite Gabriel Byrne and Dianne Wiest, as well as a season long love interest to David Duchovny on CALIFORNICATION. Embeth’s theatre career includes starring roles in South Africa in ROMEO AND JULIET at Maynardville, Deon Opperman’s STILLE NAG, Reza de Wet’s A WORM IN THE BUD and Chekhov’s THE SEAGULL at the Adcock-Ingram Theatre. 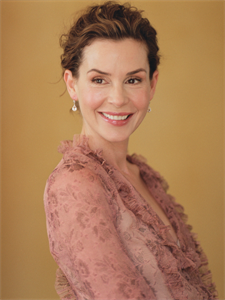