Bekka is a UK based writer, actress and stand-up who was named on the 2017 BBC New Talent Hotlist as a writer to watch alongside Phoebe Waller Bridge. Off that success, Bekka is going to develop her original dark comedy series Mummy Knows Best for television at a major US network. Most recently, Bekka has just wrapped writing on the highly anticipated Amazon series, Moonfall which was created by David Weil, executive produced by Simon Kinberg.

Bekka is also currently developing a feature for Newline details of which we will be able to share soon. Bekka was a featured writer on the new TV show for Amazon Solos, also created by David Weil. 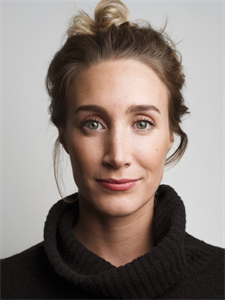