Anton is a writer and actor, whose most recent play in the UK, Mrs. Pat, opened at the Minerva Theatre, Chichester, starring Dame Penelope Keith.

His play Bette and Joan has recently completed its fourth run in Poland and was on tour in the North of England over 2019. It has also enjoyed success in Germany {Hamburg and Berlin}, Spain, Estonia and Australia.

As a playwright Anton specialises in writing for women, focusing on celebrated women of the 19th and 20th centuries. Bette & Joan opened in the West End in 2011 starring Greta Scacchi as Bette Davis and Anita Dobson as Joan Crawford, directed by Bill Alexander, before a national tour in 2012.

He is currently at work on a biography of Bette Davis: A Life Lived in Melodrama and has just published a book of studies and interviews of actresses’ interpretations of Queen Elizabeth I: Portraying Elizabeth: Elizabeth I on Stage & Screen, the interviewees including Anna Massey, Glenda Jackson, Greta Scacchi, Dame Eileen Atkins, Miranda Richardson, Felicity Dean and Dame Harriet Walter.

Anton’s other plays include: Whatever Happened to the Cotton Dress Girl?, G & I {both New End Theatre, Hampstead}; Lady Mosley’s Suite, a study of Diana Mosley’s time in Holloway prison {read in 2010 at the Trafalgar Studios with a cast including Emilia Fox and Patricia Hodge} and Curtsey {read in 2015 with a cast including Sylvestra le Touzel and Sophie Ward}. His last West End production, Storm in a Flower Vase, explored the life of florist and cookery writer Constance Spry and premiered in 2013, starring Penny Downie and directed by Alan Strachan. Curtsey goes into production in 2022.

He has recently finished his first contemporary play: Year of the Virgin which was read at The Charing Cross Theatre in Spring 2019, with a cast including Sian Thomas.

Storm in a Flower Vase, Bette & Joan and Mrs. Pat are published by Samuel French. Portraying Elizabeth was published in 2020.

A Life Lived in Melodrama is published by Fantom Books in 2022. 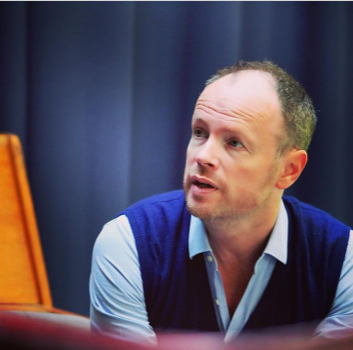