Anne-Marie is an incredibly versatile and prolific writer in both TV and film. Anne-Marie has just had a comedy greenlit at Ch4 and is writing on that currently. She has an original series in development with Monumental that Suranne Jones is attached to star in. She also has an original idea in development with Film Nation in the UK. She wrote as part of a room on the AMC/Sister Pictures production PANDORA, had 8 X60 minutes with Warp (THIS IS ENGLAND) for ITV and wrote a Fox TVS pilot with Condé Nast that Danny Strong produced. Her other TV credits include Sky’s half hour comedy TROLLIED, on which she was co-creator and lead writer and which ran for eight seasons, as well as writing a number of original dramas in the UK. Her previous work includes a 30 x comedy for Sony Pictures Television for Jamie Tarses and 60 minute drama, co-developed with Howard Gordon at Fox TVS again. In 2017 her short film MUM was screened at the BFI festival, Edinburgh International Film Festival, London Independent Film Festival and London Short Film Festival among others, and won a number of awards including best LGBTQ film at two of these and several awards for excellence. 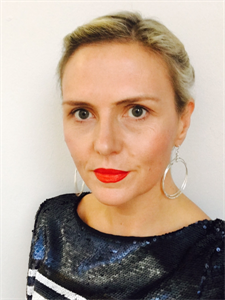