“Scarlett Thomas is a screenwriter and award-winning cult novelist whose books have sold over half a million copies worldwide, and been translated into 26 languages.

Scarlett is currently working with BBC Studios to develop her original TV drama GOLDEN OAK, about a group of weaponised teenagers at a privatised spy school. She’s also working with See-Saw Films on the TV adaptation of her 2019 novel OLIGARCHY. Further to this she is developing an original TV drama called THE MOTH EFFECT, which she describes as “Love, ghosts and murder in the multiverse.” Previously, her 2007 novel THE END OF MR. Y  was in development with Empire Street Productions for TV.

Her other novels include THE SEED COLLECTORS, POPCO, OUR TRAGIC UNIVERSE, BRIGHT YOUNG THINGS and the WORLDQUAKE series of middle-grade adventures.

Scarlett’s fan-base is young, metropolitan, global and alternative. Asked at a recent book event what characterises her audience, Scarlett responded: “They all have really cool tattoos”.

Scarlett herself is a bisexual marmalade-loving fashion-victim who lives in Deal with her long-term partner but still nurtures a crush on Faith from Buffy.

Scarlett is also Professor of Creative Writing and Contemporary Fiction at the University of Kent, where for the last 16 years she has run writing seminars and mentored junior staff and emerging writers.

“One of the most startling, unpredictable writers of her generation” SPECTATOR 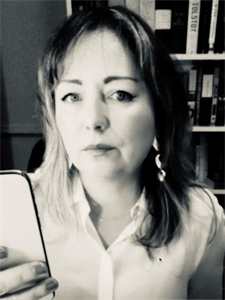